I was involved in the design of some album artwork over the past couple of years.I also helped throughout the printing and production processes.

I was contracted by Ctrik to help him complete his album artwork.Ctrik is part of Northwest Players; a westcoast G-funk group from Vancouver Canada. The NWP have opened for artists like Dj Quik, Warren G, Bone Thugs N Harmony, Tech N9ne and more. 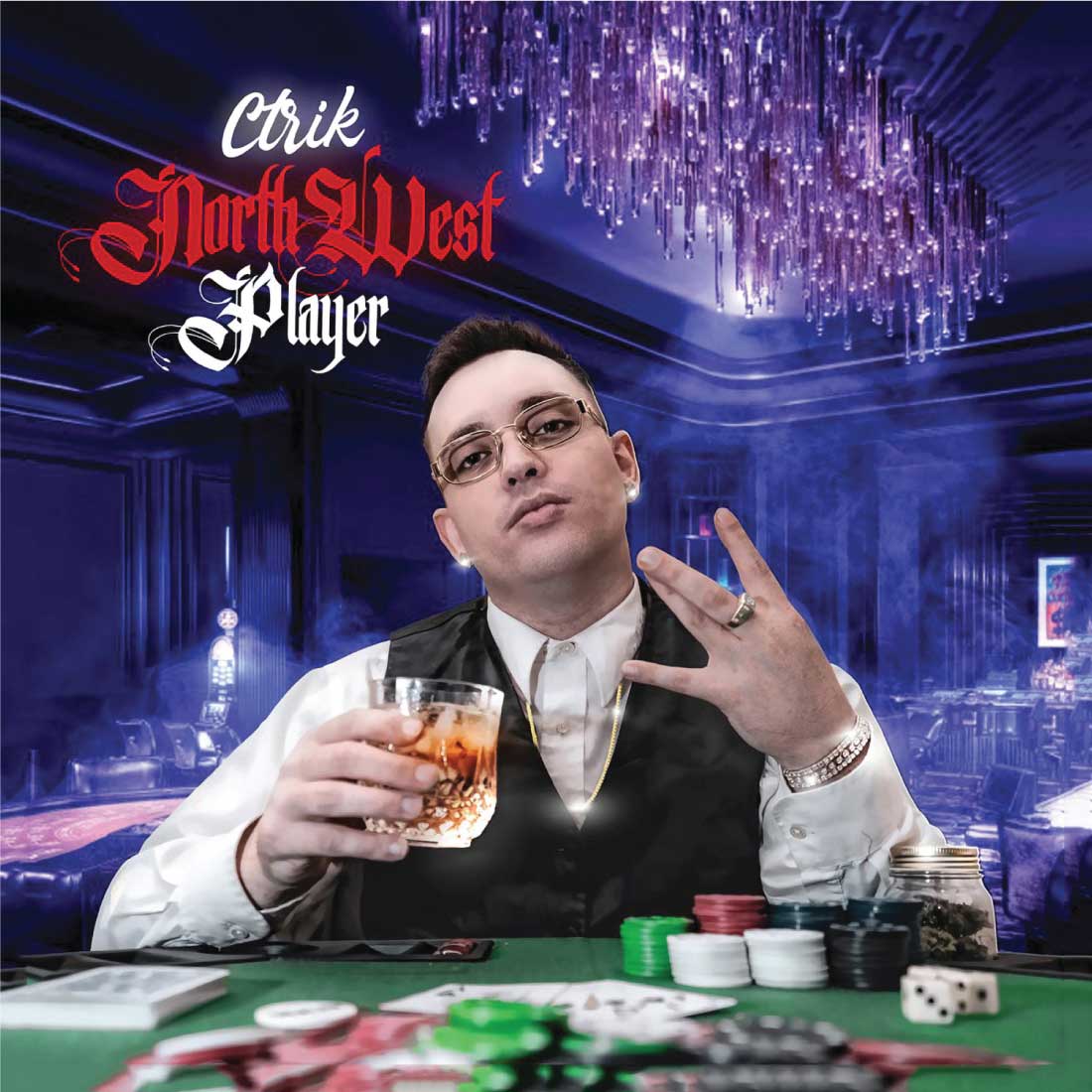 Album cover art in collaboration with another artist

I completed the album artwork including the back cover/tracklist, the CD art, inserts and credits page. I used the provided assets and helped guide the production & printing of the album. It has gone on to be a resounding success. 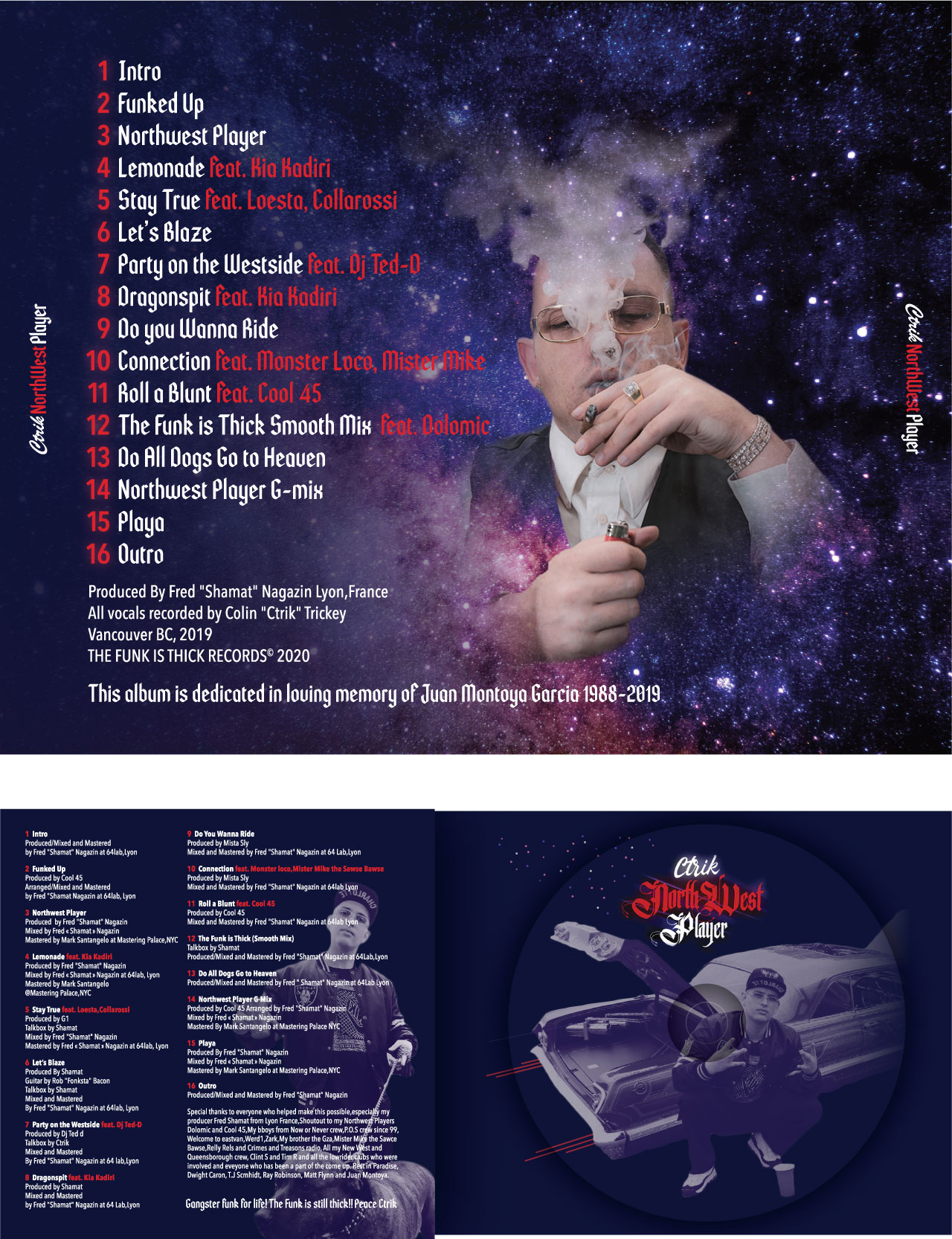